menu
Free spots for this month are almost all gone

“Finally! A guaranteed,
but “weird” new way
to test and build your
concept in 30 days or less”

In a highly competitive market.  A shockingly effective system and unique way to quickly turn your idea into a real working product.

ClAiM YOUr FREE 30-minute strategy session
Be quick!  FREE Spots are almost done for this month

If I there is a guaranteed way you can go from rough drawings, notes on scraps of paper to either a digital or physical IOT product in a matter of weeks ...

Then this is the most exciting message you will ever read.

The Proof of concept (or POC for short) process can either make or break your business.

But POCs take time and effort and are a waste of time, right?

While going straight to a Minimum Viable Product (or MVP for short) is really cost effective ...

The fact is, those who start with proving their concept by building a POC have the most success

Because they quickly and cost effectively prove their concept and if it doesn’t work can easy change or pivot the idea into a winner!

Why build something that either doesn’t work or no one wants ... YOUR CHOICE

Soif you are deciding to skip this step and go straight to a product or even an MVP you are putting all your eggs into one basket.

These statistics will SCARE the pants off you ...

And its not just about creating any old Proof Of Concept, that doesn’t work, as well.

In fact this year with the declining job market, there has been an increase of millions of new start-ups.

And its expected to go crazy again this year.

Now listen maybe you tried to build a Proof Of Concept and have been raked over the coals and burnt to a crisp by filthy, lying product agencies

Who sold you the world and at best delivered a plastic wall map in one of those flimsy post packs (and you even paid the postage) ...

Or even by some miracle delivered a half baked product ...

It was likely they built some sort of childish interface or hardware that looks more like a 20c mousetrap followed by errors ... saying they will fix it next time

That just one of the dirty tricks that these shady rug merchants use to rip you off!

Find out how we are different …

ClAiM YOUr FREE 30-minute strategy session
Be quick!  FREE Spots are almost done for this month

What is a digital product agency and why do I need one?

Find a reliable digital product agency can be really tricky and for good reason. Digital products are an ever-evolving process and form an increasing important part of your business. EVERYTHING is going digital. When done right, expect your business to grow, in fact the sky is the limit. The upside for your business is that you will be able to make your customers so happy they will be lifelong converts.

When done wrong, your business could loose everything.

If you are looking for a reliable digital product agency, you have to do your research and pick a firm that has shown consistent results and proven methods.

Here at Corptek, we have earned the reputation of being one of the best digital product agencies around and have a proven track record. Our project delivery methods are trusted and safe and we promise to deliver excellent results.

Other digital product agencies may be up-to-date with the latest trends, but what keeps us apart is we are always forward thinking about the future. We keep ahead in the world of the ever-changing digital product creation process.

Our practices are unparalleled, and we know exactly how to tackle any size project, whether your business is big or small.

This has earned us the reputation of being a premier digital product agency, if you are still not convinced, schedule a free 30-minute consult with us and see what we can do for you.

What sort of Proof Of Concept projects can we build?

A proof of concept can be anything from a software script to something more complex such as building a device with sensors or a combination of software and hardware. Corptek has the ability to work on any type of digital product.

What sort of Proof Of Concept projects can we build?

A proof of concept can be anything from a software script to something more complex such as building a device with sensors or a combination of software and hardware. Corptek has the ability to work on any type of digital product.

Can I build an MVP or a full product from my POC later?

Absolutely! A Proof Of Concept is designed as a starting point for a new concept that requires testing and validation. This can later form the basis of your MVP or even a full product. Depending on the outcome, we can then either work on it further or suggest a commercial rebuild.

What are the limitations of the Proof of Concept?

A proof of con­cept is not a com­mer­cially vi­able ap­pli­ca­tion. Imagine it as an internal test with either a basic interface or script. Don’t ex­pect to pro­ceed through a POC development and get thousands of users on your ap­pli­ca­tion. If you are plan­ning on cre­at­ing a com­mer­cially vi­able prod­uct to deploy with external users or customers, then the MVP or Product Development(if you want to go to a full production environment) options are bet­ter suited to your re­quire­ments.

Why Should I develop a Proof Of Concept?

The proof of concept is a critical part of any development project. This is the first step to take to make sure you test your hypothesis without developing a large commercial product. Essentially, this will save you from spending months or even years and potentially hundreds of thousands of dollars to then discover the concept cannot be done in the form you envisaged. If you have been caught up in this situation, the good news is that there are options and one of them is pivoting or changing direction. Here at Corptek, your success is our success, and this has been proven with our happy clients who have followed this path to success.

How much does a Proof Of Concept Cost?

The cost of developing a Proof Of Concept can vary depending on a number of factors, including:

We recommend keeping the Proof Of Concept simple and development under 4 weeks, so you can proceed with the next stage (Minimum Viable Product) as quickly as possible.

Be wary of other digital product agencies who advertise set price lists.

We don’t take a one-size fits all approach. Rather we try to understand the problem you are trying to solve. Therefore, the price we quote you will be reflective of the solution and scope you provide us.

What kind of Digital Product guarantees do you offer?

At Corptek, we always take that extra care to understand what you are trying to create. We guarantee to deliver an exceptional solution in 90 days or less.

If we do not deliver on time, we will work for free until we deliver your solution.

If we don’t hit this crucial milestone, you don’t pay a single cent until we do. 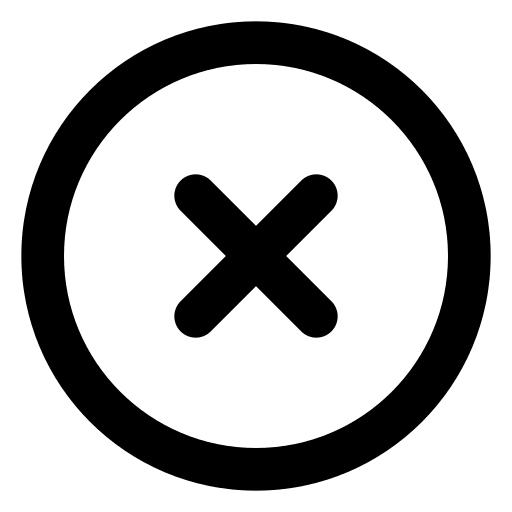 Get your 100% free non-obligation 30-minute strategy session call ($1,000 value) and we will show you our proprietary development system to not only survive, but thrive in today's economy

Thank you! Your submission has been received!
Oops! Something went wrong while submitting the form.

The Corptek team are very professional and experienced. Their skills are very advanced which helped complete the project super fast. I will definitely be using them again for all my app, website and database needs.

“Corptek produced a simple solution that automated a time consuming task for us in just a few days. I would highly recommend their services as they provide great communication and understand the technical and business needs of their clients”

Corptek are highly recommeded. Will be our go-to people for apps from now on. We were pressed for time on one of our projects and Corptek had exactly the right technology stack to deliver our app in record time. 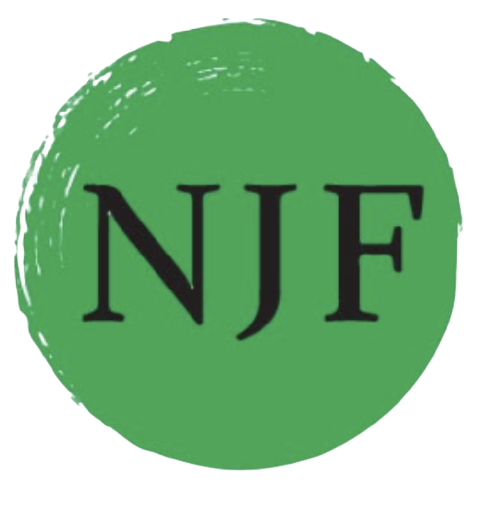 You can’t go wrong with Corptek
“Corptek have the technical and business expertise that took our concept and converted it to a crucial product for use throughout our organisation. They always make an extra effort to ensure our requirements are met to the highest standards. They also suggest improvements beyond the scope of the task and provide us with ongoing support even after the development process”.

“Corptek did a great job with my software/hardware integration requirement and went above and beyond to make sure that everything was working and tested. I look forward to working with them again.”

“Corptek was chosen to complete a complex task where outside the box thinking was required, we are glad we selected to partner with Corptek and they have gone above and beyond. Very happy to recommend them for your projects.”

City Circle has built its reputation as a leader in Australia in the demolition, remediation, excavation and recycling fields over the past three decades. Since 1981, City Circle has established itself as a leading provider in its principal business activities.

Vendetta Wheels is an Australian company with more than 50 years of experience in the automotive tyre and wheel industry. They manufacture tyres based on exacting and demanding standards to make sure that they provide the best tyres for their clients. 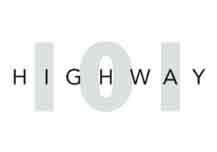 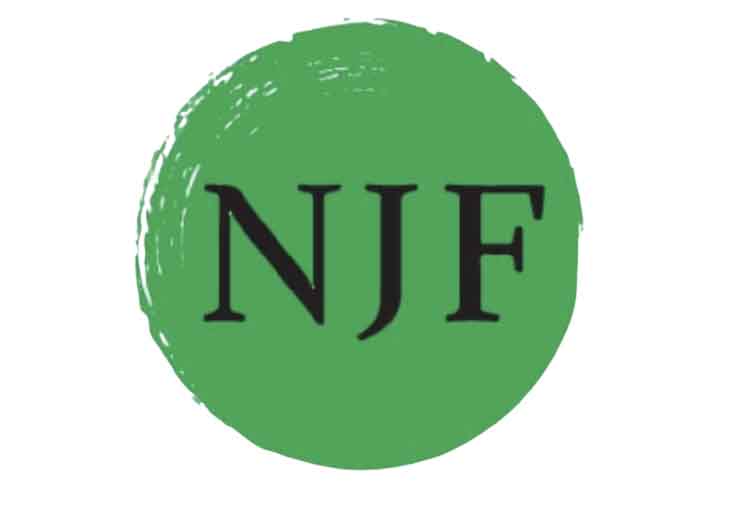 Vantrans
What we’re saying is…there’s only one way to find out what REAL business growth feels like for you
(and more change in your pocket too)
Get the Damn Call
So hit the button and get that business changing call.